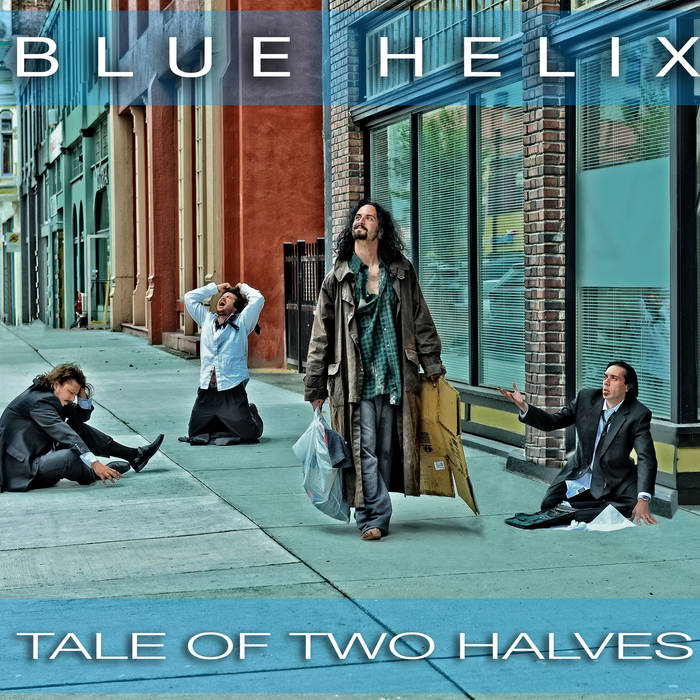 Blue Helix is a perfect blend of melodic vocals and powerful rock music, incorporating harmonious violins, layered acoustic and electric guitars, inspiring vocal harmonies, and hopeful lyrics. This rock band does it all, hard rock to alternative with no boundaries on their songwriting abilities.

Tale of Two Halves is the bands third release, which took four years to produce right out of the studio of songwriter and frontman Sami Chohfi. This album is an absolute work of art, and a timeless masterpiece that will transcend generations. The production quality on this album easily matches what you would hear from a multi-million dollar record company, all due to the immense attention to detail, and the pure tenacity that the band displayed in the creation of this album. Tale of Two Halves is a representation that the creation of music exists in the hands of todays modern artists.

Songs "Aliens" and "Carry Me" are fan favorites, these two songs are a new take on your typical love song, these songs leave room for personal interpretation and musically give you a feeling of hope, and strength through loss. Blue Helix does a unique cover of Bob Dylans "Masters of War", taking a simple 60's folk song about war, and transforming it into a modern and powerful Rock masterpiece with layered violins. There are many different styles of rock songs on Tale of Two Halves, one in particular is "Wolves", a personal song about the struggle that many families due to an alcoholic father. This song is very emotionally engaging and vocally one of the most powerful songs on the album.

Blue Helix is an independent Alternative Rock band based out of Washington State and Sao Paulo, Brazil. Following the hallowed footsteps of the 90’s movement, their music is a perfect blend of melodic rock and powerful heavy grunge, on the cutting edge of modern rock with a uniquely potent blend of the core genre and its many sub-genres. Winners of the 2015 Puget Sound Battle of the Bands. ... more

Bandcamp Daily  your guide to the world of Bandcamp

Cannibal Corpse's George "Corpsegrinder" Fisher stops by for an interview